Your dependable rockers, Kyoto Protocol, are coming back with their best ballad thus far just in time for breakup season (it’s a real thing by the way). 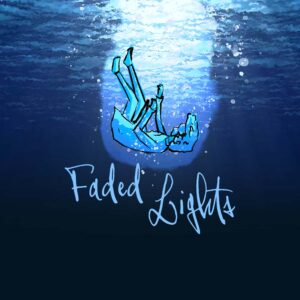 Faded Lights is a follow up to June’s release of Nothing Lasts Forever, the band’s first single since the pandemic.

The new single will be available on all good streaming platforms on 25 Nov 2021. This will be followed by the release of an accompanying music video a week later exclusively on YouTube.com/KyotoBand on the 2 Dec 2021.

As a practical workaround for not being able to shoot a music video during a pandemic, the band engaged Fracas Works to produce an animated music video for the song. Fracas Works burst onto the scene, making known to all their ability to amplify a song’s story, when Trophy Knives released “Act 1: The Acknowledgement” in July 2021.  This follows in the vein of the 5-piece’s last animated music video, Jelita, which was released in 2013 to aplomb and remains Kyoto Protocol’s most watched video on YouTube.

Lead vocalist Fuad reveals the origins of the song when he said, “This was probably our most organic undertaking when it came to songwriting. Although the process was very much disrupted due to movement restrictions, we were all getting used to being creative despite the prevailing conditions. For the first time, I can truly say we can’t really pick out any specific influences when we were writing this song. It started with the hook that you hear in the beginning, and the wistful feeling that it brought with it inevitably led to an outpouring of emotion about how loss can make you feel so powerless.”

Guitarist Hairi Haneefa concurs, “This is a song that tugs right at the heartstrings. The emotions of the demo were so palpable that laying down the guitar tracks just felt so natural. This is definitely one for the guitar lovers. The interplay between the guitars during the verse, the solo that leads out for the ending, pardon the cliche but it’s just music to my ears.”

Kyoto Protocol have emerged from the pandemic with a renewed impetus to push the boundaries of their music and look forward to reconnecting with the fans in the flesh through their first public appearance in Kerja Gila which will be held on 27 Nov 2021 ANGKASA Event Space.